While preparing for an art history final, a student reads through Novak's Nature and Culture and jots down a few memorable passages. While writing the essay portion of the examination, the student remembers one of the passages and incorporates it into her own work. The student decides not to note the source of the passage because she cannot be sure whether or not she remembers the wording verbatim, however, she decides to place quotation marks around the passage to indicate that it is not her own idea.

Were her actions in keeping with academic integrity standards?

No. While placing quotation marks around the text was a step in the right direction, noting the source (or at the very least, the author of the passage) through a last-minute footnote would have been more in keeping with academic integrity standards.

Original Text: "In painting the face of God in the landscape so that the less gifted might recognize and share in that benevolent spirituality, they were among the spiritual leaders of America’s flock. Through this idea of community we can approach a firm understanding of the role of landscape not only in American art, but in American life, especially before the Civil War" (Novak 15).

Student Paraphrase: In the nineteenth century, landscape painters were the spiritual leaders of America, because they painted what society considered to be the face of God. Their art facilitated an important sense of community in nineteenth-century society (Novak 15).

No. The paraphrase expands upon Novak's narrow description of the spiritual role of landscape painters, and defines the "role of landscape" that Novak is just beginning to articulate, while repeating entire pieces of the original text without adequate in-text citation.

Original Text: "The late eighteenth-century sublime, interpreted largely in terms of Burke’s definition, was associated with fear, gloom, and majesty. Majesty had to do with scale and size, exemplified particularly by mountain scenery" (Novak 34).

Student Paraphrase: According to Novak, in the later part of the 1700s the sublime was associated with both negative emotions and a sense of grand scale and size. This latter characteristic was found in the majesty and grandeur of mountain scenery (34).

Yes. The meaning of the original is conveyed in the student's voice. Although page numbers and the name of the source have not been noted in full in both sentences, they have been noted in part in each. 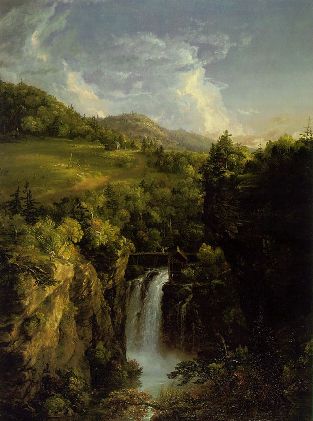 Student Citation: A book by Barbara Novak notes that "in the literature of landscape painting," of the period, "the word 'sublime' had played a suitably 'exalted' role."

From the student’s Works Cited page:

Has the student fully documented the source?

No. The student has failed to provide adequate in-text citation, and her Works Cited page is inaccurate. Adding the page numbers within the Works Cited page prevents the reader of the essay from matching each in-text citation to its proper place within the quoted work. When working in MLA format, complete documentation of sources requires the use of parenthetical citations.

Original Text: "The sublime was primarily an esthetic, and to experience it was to have an esthetic reaction. This reaction provoked intimations of infinity and thus of Deity and the divine. It was an overwhelming divinity, dwarfing the observer who, though he aspired to transcendence, rarely forgot his own insignificance" (Novak 34).

Student Summary: A sublime experience was an experience of overwhelming infinity that made the observer feel both transcendent and insignificant (Novak 34).

Is this an accurate summary?

Yes. While this summary omits any discussion of esthetics or Deity, it nevertheless capitalizes on the main point of Novak's text. 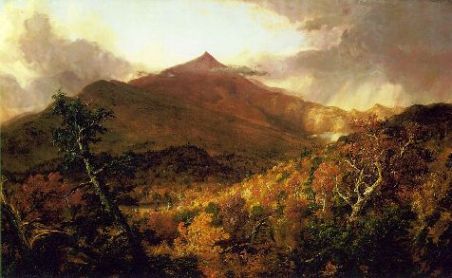 Original Text: "The idea of this community through nature runs clearly through all aspects of American social life in the first half of the nineteenth century, and its durability is still evidenced by its partial survival as the myth of rural America" (Novak 15).

Student Text: According to Nature and Culture, the idea of community through nature ran clearly through all aspects of social life in this country in the 1800s, and can still be found in "the myth of rural America" (Novak 15).

Is this an adequate citation?