Original Text: "The new significance of nature and the development of landscape painting coincided paradoxically wit the relentless destruction of the wilderness in the early nineteenth century" (Novak 4).

Student Paraphrase: The relentless destruction of the wilderness that occurred in the 1800s coincided, albeit paradoxically, with the growth of landscape painting (Novak 4).

No. This paraphrase uses too many of the key words and phrases from the quotation. While the sentence has been rearranged, the vocabulary is that of the original author, not the student. 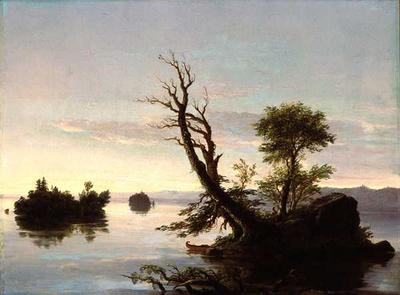 Original Text: "The ravages of man on nature were a repeated concern in artists’ writings, and the symbol of this attack was usually 'the axe,' cutting into nature’s pristine—and thus godly—state" (Novak 4).

Student Citation: According to Barbara Novak, the ravages of man on nature were a repeated concern in artists' writings.

Is this an adequate citation?

No. The student has not indicated that this is a direct quotation nor fully documented the reference. The second half of the sentence comes directly from the source text, and should be marked as a direct quotation. Furthermore, the page from which the material was taken should be noted at the end of the sentence. If this was the student’s first use of this source in the paper, inserting the title of the source would also have been appropriate.

Student Citation: Novak states in Nature and Culture that the "symbol" used by nineteenth-century artists to describe "the ravages of man on nature" was "the axe" (4).

From the Student’s Works Cited Page:

Has the student fully documented her source? 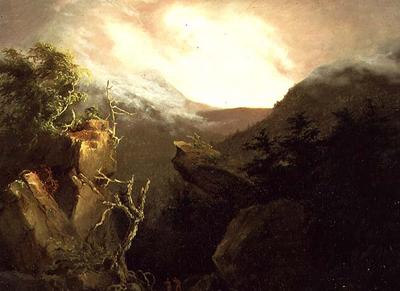 "In recent years a number of brilliant historians have tried to isolate and define the ideas the nineteenth century projected on nature, ideas that strove to reconcile America, nature, and God" (Novak 4).

Original Text: "Since artists were created by God and generously endowed by him with special gifts, the powers of revelation and creation extended to them too" (Novak 9).

Student Text: Student Text: Nineteenth-century artists projected on nature ideas that strove to reconcile America, the natural world, and God. Since artists were created by God and generously endowed by him with special gifts, the powers of revelation and creation extended to them too. Their depictions of the natural world, therefore, elevated the American landscape from the mundane to the sacred.

Is this an act of cut-and-paste plagiarism?

No. This is an example of mosaic plagiarism, in which the source has been rearranged but is more or less intact. The phrase "cut-and-paste plagiarism" most often refers to papers that have cut passages from multiple sources (usually online sources) and pasted them together to develop a paper.

While doing research for a term paper, a student writes a key passage from Novak's book into her own notes:

There is no question, in early-nineteenth-century America, of the intimate relation between art and society, a fact that has to be emphasized after a century of modernism.

The passage comes from pg. 9 of Nature and Culture, but the student fails to write down any information about her source. Later, while drafting her paper, she comes across the passage in her notes and, unable to determine if it is from an external source, decides to use it as the initial sentence of the conclusion of her paper.

Did this student violate the Honor Code?

Yes. The student's intentions here may or may not be benign, but this is a definite act of plagiarism and as such, fails to meet Barnard's standards for academic and personal integrity. Poor note-taking is the initial cause of the error and should be avoided.

Original Text: "Revelation and creation, the sublime as a religious idea, science as a mode of knowledge to be urgently enlisted on God's side—with these the artist, approaching a nature in which his society had located powerful vested interests, was already in a difficult position. In painting landscape, the artist was tampering with some of his society's most touchy ideas, ideas involved in many of its pursuits. Any irresponsibility on his part might result in a kind of excommunication" (Novak 9).

Student Summary: Because the connection between religion and the natural world was a very important idea in contemporary culture, the nineteenth-century landscape artist was constrained by the need to always be responsible and respectful (Novak 9).

Is this an adequate summary?

Yes. The summary adequately expresses the primary idea of the passage, albeit without the flair of the original author.