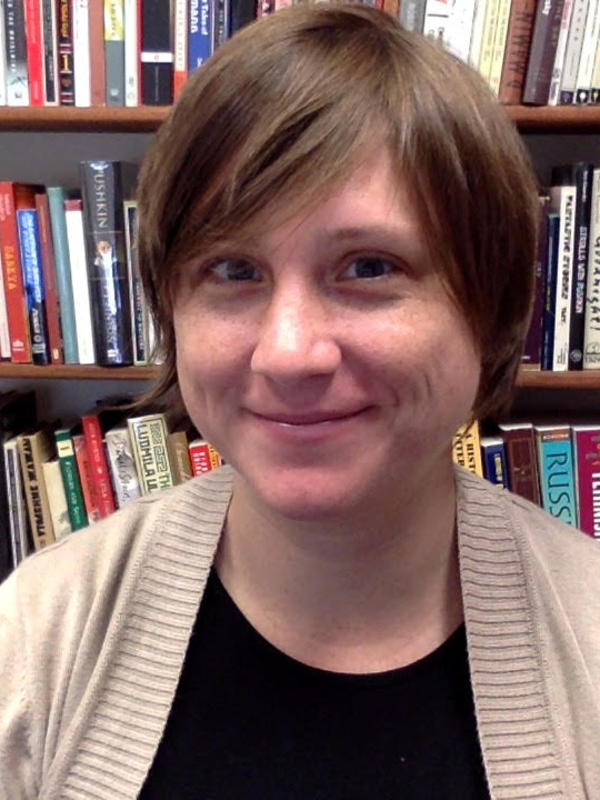 Holly Myers teaches courses at Barnard on 20th- and 21st-century Russian literature and culture; on international trends in documentary modes; on the artistic representation of violence and trauma; and on cultural expressions of nationalism and national identity. She also teaches a First-Year Seminar called Fact/Fiction: Telling the Truth Creatively, on literature and film that blend elements of fiction and non-fiction.

Prof. Myers received her Ph.D. in Slavic Languages from Columbia University in 2018. Her dissertation, Revising Afghanistan: Authors, Readers, and the Story of the Soviet-Afghan War in Competing Ideologies for the Post-Soviet State; considers as case studies work of Svetlana Alexievich and Alexander Prokhanov, two contemporary authors who, from opposite ends of the political spectrum, use the Soviet-Afghan War as a vehicle to advance ideas about the relationship between citizens and sovereigns. Her secondary research interests include the question of women's literature as a subgenre, the concept of home in Russian and Soviet literature, environmental humanities, literature, and film from Central Asia, and intersections between literature and music.

Ilf and Petrov's Zolotoj Telenok: Russian at the Periphery, Asian at the Core. A Satirical Depiction of Soviet Influence in Turkestan,&rdquo; Studies in Slavic Cultures, Pittsburgh: U of Pittsburgh, August 2010: v. IX, pp. 43-65.]